From american idol to election night, 5 reasons to include your viewer's political voice.

Well, here we are once again. 2015 is nearly in our collective rear-view mirror, the November Book has been written and you’re now less than one year away before the polls close on your 2016 election night coverage. Ready. Set. Curate those tweets!

As a 21st Century News Producer, you know that including viewer social media, particularly Twitter, into your newscast is quickly becoming standard operating procedure. Tapping into the local viewer Twitterverse for an added angle to your story is the modern day equivalent of publishing a Letter to the Editor in 140 characters or less.

Here are 5 reasons why including your viewers’ social media-driven “political voice” can boost your election ratings before, during and after election night coverage.

The topics discussed on your station’s Twitter and Facebook feeds will usually be tied to the news stories you’re posting. But Twitter can also be used as a potential agenda-setter during televised political debates ahead of local and national elections.

With this in mind, you might consider inviting comments and questions ahead of a debate. These, of course, have to be vetted well. Good Producers and debate moderators look for the trends...the questions that come up time and time again.

It’s like having your own crystal ball view into your audience’s election year leanings.

Since its launch in 2006, Twitter has challenged the role of traditional media as gatekeepers and agenda setters. Twitter is now viewed as less a social network and more of an actual news medium as more than 75% of tweeted topics are based on news links.

Live tweeting around a shared event, such as a televised debate or election night coverage, can help build interest – and in the case of our industry, ratings.

Twitter acts as a virtual town square. A growing number of media consumers watch TV with at least one other screen in front of them. They aren’t just passively receiving images and sound anymore.

From American Idol to Election Night, your audience has become accustomed to having a real-time voice via social media as events unfold. Even if you reference just a few emails, tweets or Facebook posts, people feel like they are being heard and included. That makes them more engaged in what you're broadcasting. 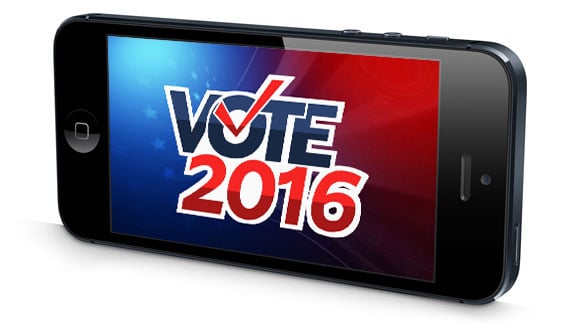 As everyone knows, Social Media is a two-way medium. As your station’s Election Producer, you can take the political pulse of your audience during debates and on election night. Easy to use tools are now available, that let you create social media campaigns of your own, then, using the resultant polling data, quickly visualize charts and graphs in real-time – while on-air.

Back in the early, Wild West days of social media you simply took the Twitter or Facebook feed from the Internet directly to air. That had some negative, unintended consequences when offensive posts weren’t caught before hitting air. Today, there are several standalone applications available, such as ChyronHego’s SHOUT that let Producers monitor, select and route social media conversations directly to template-based broadcast graphics systems for on-air playback.

These are just a few of the reasons to include your viewers’ social media-driven “political voice” in your 2016 election coverage. Do you have others to add? Let us learn from you by posting your ideas in the Comments section. 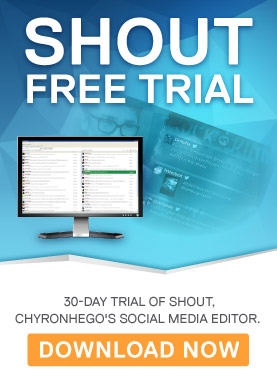