Prime Live Platform's latest 4.2 release adds a host of highly-requested features for both the PRIME CG and PRIME Switcher modules, such as comprehensive diagnostics, X-Keys configuration, and advanced chroma keying.

Chroma Keying
PRIME Live Platform 4.2 introduces powerful, easy-to-use chroma-keying, in both the graphics and switcher modules of the platform. PRIME expands the traditional use for chroma keying, allowing its application not only to a single image or video stream, but also to groups of objects, or even a single face of an object.

Bindings View
Review all of the logic, assets, and parameters associated with any of your CG scenes for easier, faster troubleshooting and management of complex scenes.

X-Keys Control
For graphic playout functionality, this release includes the ability to add an X-keys object to any scene and assign parameters, triggers, and even command sequences to a single key. 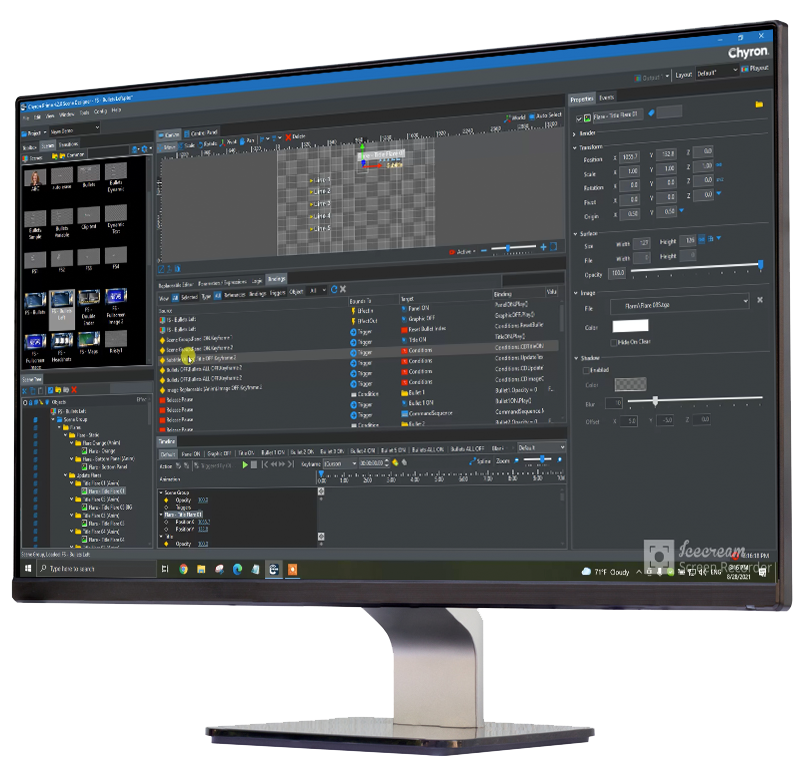 Chroma Keying
PRIME Live Platform 4.2 introduces powerful, easy-to-use chroma-keying, in both the graphics and switcher modules of the platform. PRIME expands the traditional use for chroma keying, allowing its application not only to a single image or video stream, but also to groups of objects, or even a single face of an object.

GPI Out Tally Control
Trigger the tally light of your studio cameras on or off as PRIME Switcher takes them on and off the Program feed - making it easy for your talent to identify the on-air camera.

Active Key Indicators
Aside from the indicators on the keyer controls themselves, PRIME Switcher's next transition area now features active keyer indicators, helping you better identify which keyers to include or exclude in your next transition.

H.265 Support
Chyron is committed to an environment-agnostic platform. The PRIME Live Platform includes I/O support for SDI HD and 12G, NDI, and IP 2110/2022, as well as streaming protocols. Numerous file formats and clip codecs are supported as well, and this release adds support for H.265.

Check Out Other Recent Release Epics!

Within the PRIME Live Platform, Commander unifies control of nearly all PRIME Live modules - as well as essential third-party devices - into a single interface that orchestrates your show according to a precise playlist sequence. Smoothly integrating with your MOS-newsroom environment, PRIME Commander builds playlists from the rundowns in your NRCS of choice in real-time while working in tandem with CAMIO to ensure content is in the right channel at the right time.

By merging production automation with a cloud-enabled, signal-independent, all-in-one production engine - the PRIME Live Platform lets you untether automation from the traditional control room environment. Perfect for creating a complete automated studio in the cloud or leveraging the power of automation in new OTT and streaming channels. 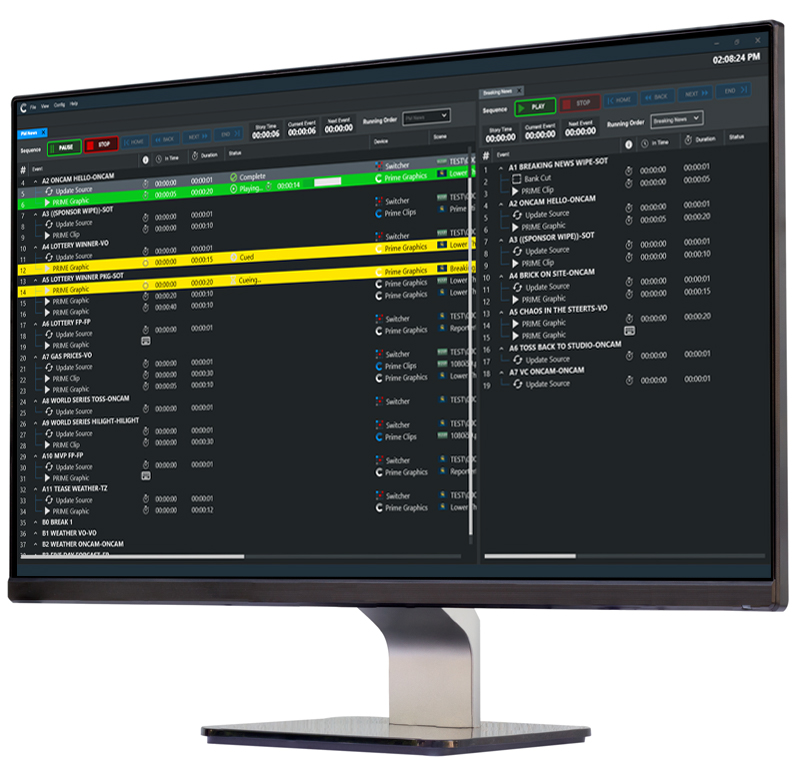 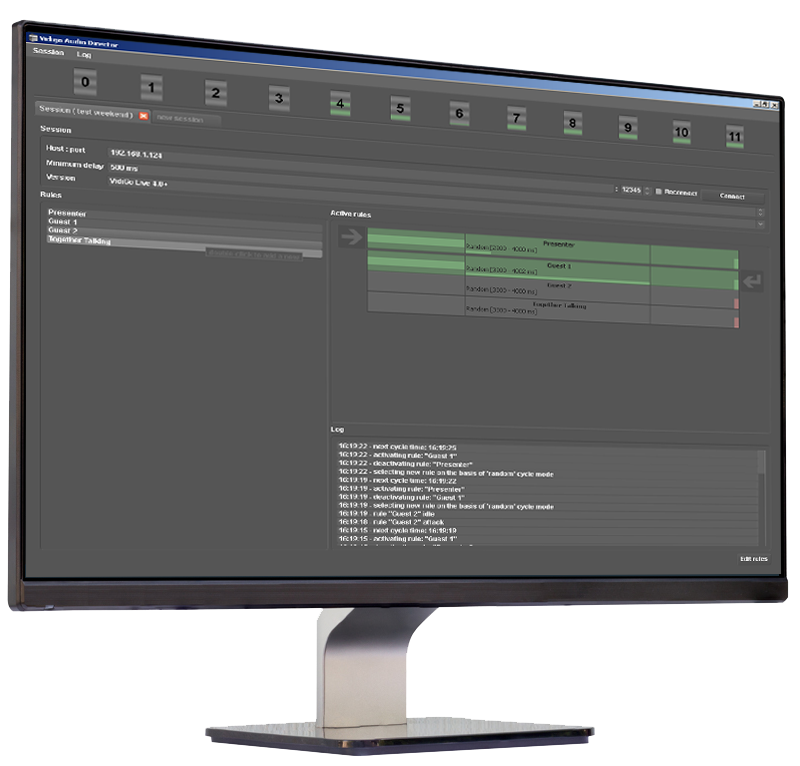 Audio Mix/Minus
PRIME Live Platform V4.1 delivers the most requested feature for the PRIME Switcher module’s built-in audio mixer: audio mix/minus. You can now create however many custom AUX outputs your show requires, leveraging any combination of channels in the mix - and send them out via embedded audio, Windows sound device, or Dante device. All AUX outputs are easily accessible and controllable within the audio mixer interface.

Audio Director
Audio Director is a tool for straightforward, audio-driven automation of PRIME Switcher controls. Build out a rule-set that defines active audio inputs and volume thresholds to trigger sources, cuts, transitions, and media playout on the switcher - essentially customizable Video-Follow-Audio. Audio Director is a fantastic tool for visual-radio, government, or corporate productions where the conversation drives the show.

Multiviewer Video Input Management
Within PRIME Switcher's customizable multiviewer interface, you can now group all external video inputs into a single window for easy moving and resizing of all video inputs simultaneously - rather than one at a time.

Supercharged Effect Mask Channels
PRIME CG designers can now utilize over 100 effect mask channels – such as stencil masks and crop effects - to achieve a truly unique look in their graphics. That's over 20x the effect mask capability than earlier releases!

DN x HR Encode
PRIME Live Platform now supports the updated driver for the 4K-UHD DN X HR codec with Alpha, along with the option to export content in this format.

Application-Level CG Parameters
The parameters function allows designers to build intelligent logic into graphics on a scene and project level. Now, you can extend parameters to the PRIME CG application level, making it easy to implement those must-have parameters across your entire asset library.

Want to explore how you can leverage a complete automated production studio on a single software platform? Have questions about the latest PRIME Live Platform V4.1 features?
Contact our experts, we’re happy to chat.