SET UP A DEMO NOW 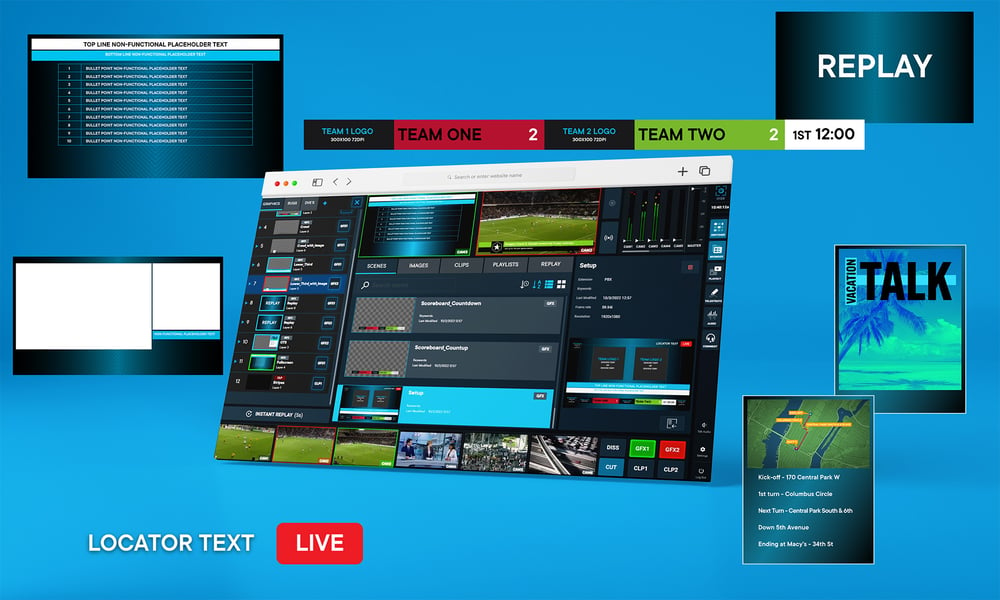 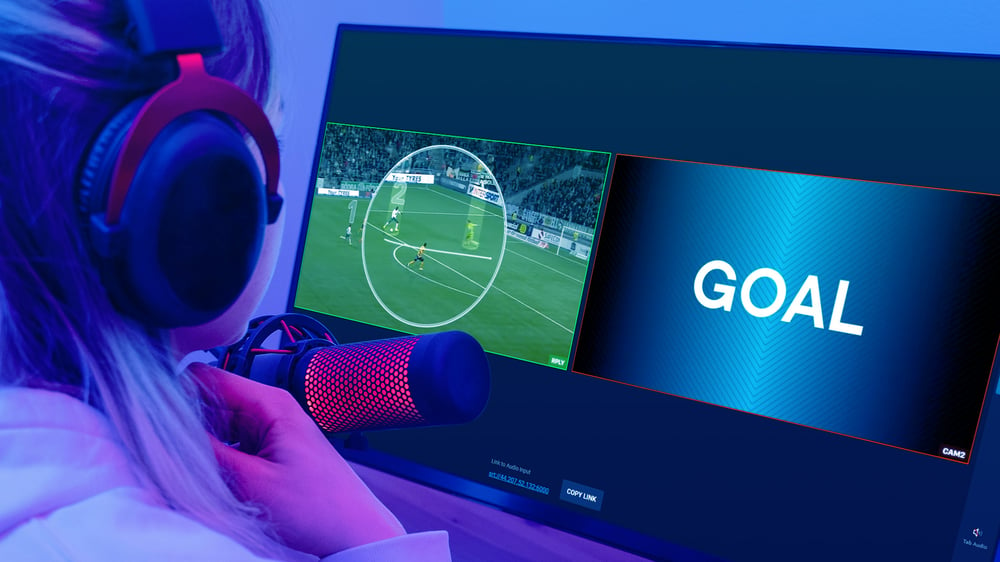 Bring Your Talent Into The Mix

Chyron LIVE receives commentary audio via SRT stream and exposes this signal as a mixable source within LIVE's audio mixer console, enabling your mixer operator to get your talent's audio level in-line with the rest of your show.

To ensure commentators can listen to program audio without hearing playback of their voice, Chyron LIVE offers audio mix/minus outputs that are available for access within the browser interface. 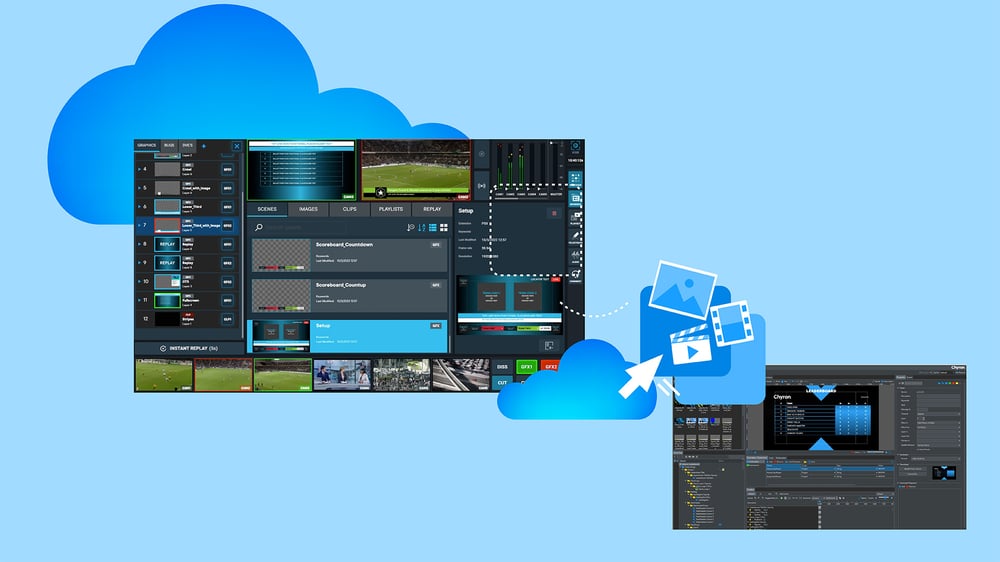 When you need a new logo for your graphics or have a clip to use as part of your show, Chyron LIVE now offers straightforward drag and drop upload of all industry-standard image and video file formats directly from your computer's local file explorer.

For fast and simple replay directly within the Playout interface, Chyron LIVE's new Instant Replay control will clip-off a five second clip from the program source and get the clip ready in preview. A second button-press loads and plays the clip on the program feed, while a third press will remove the replay with a transition.

Chyron LIVE now includes a comprehensive set of shortcut keys for all of it's role-based interfaces - such as switching between cameras, keying in graphics, toggling transition effects, editing replays, triggering audio settings, and much more.

Want to take your productions to the next level? Chyron LIVE's cloud-native architecture gives you access to a full suite of professional production tools - production switching, motion graphics, replay, telestration, and audio mixing - through a low-cost subscription accessible for any organization.
Contact our experts. Let’s chat!